Statement Against Importing Bees into Ireland 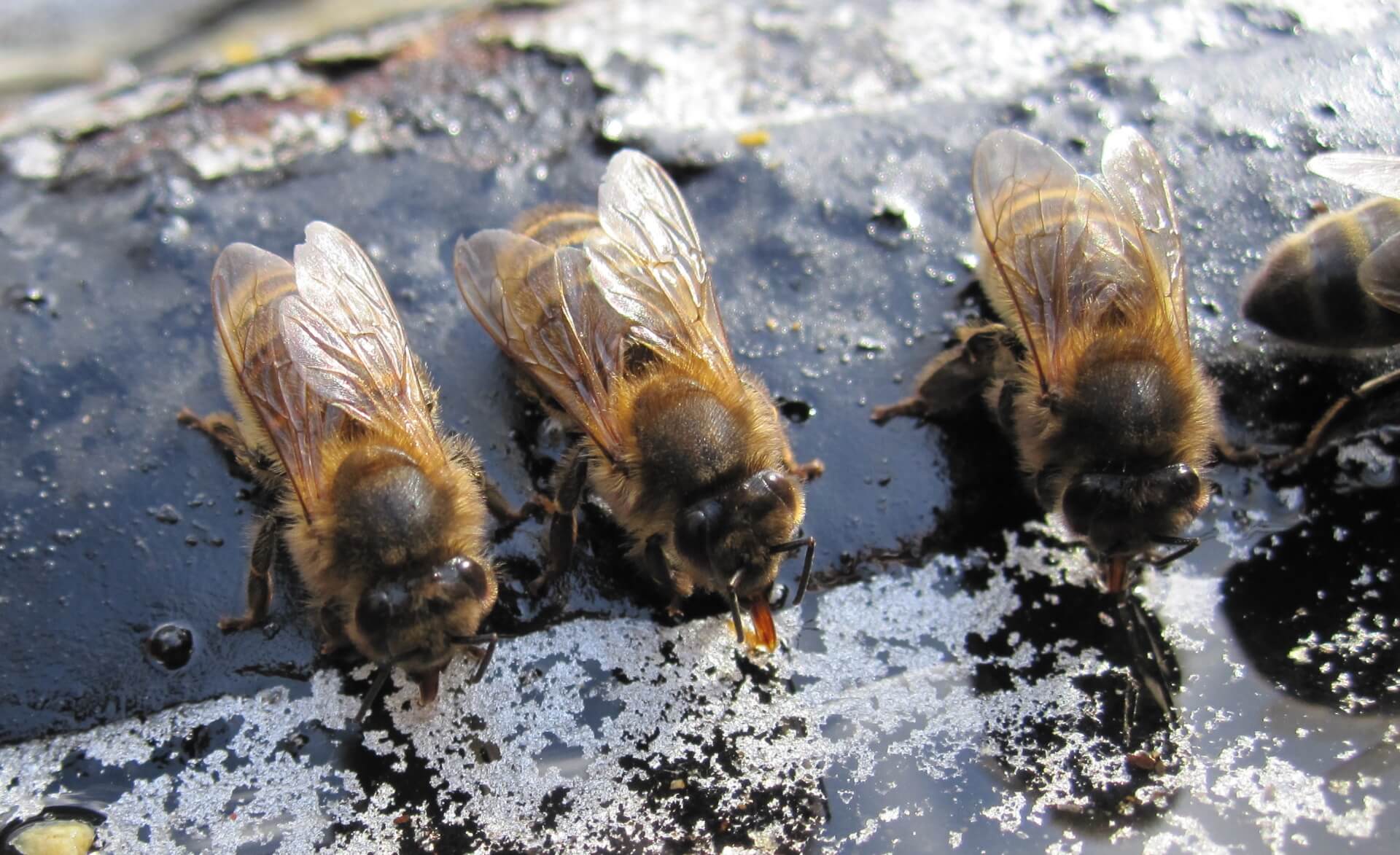 Reports about importing even more bees into Ireland continue in the media, and apart from the danger of hybridisation among native bees, there are major risks of also importing pests,
diseases and pathogens, which could threaten ALL of Ireland’s 98 bee species.1 Anyone who loves bees, no matter what association or organisation they belong to, can understand the
potential damage. We have lived through Varroa’s destruction, and now those who enjoy beekeeping as a hobby or who make a living from bees may have their enjoyment and
livelihood compromised once again — simply to increase someone else’s profits.

The Dark European Honeybee, Apis mellifera mellifera (Amm), is on the brink of extinction throughout most of its original territory of Northern Europe, hybridised due to the importation of other subspecies and consequent cross breeding. Additionally, they have been severely impacted by pests and diseases which piggybacked on those non-native subspecies.

Thankfully pure strains of Amm still exist in pockets throughout Ireland, a cause for celebration — but alarm as well. Because scientific research has shown that populations of pure Amm have not been reported elsewhere in Europe in such numbers, it is now widely acknowledged that Ireland has a unique genetic resource which needs to be protected for the sake of Amm’s survival here as well as its use in European Amm breeding programmes. See Hasset et al paper.2

A recent survey by the National University of Galway (NUIG) confirmed that about 90% of Irish beekeepers work with Amm (of 350 respondents).3 A separate survey by the Irish Beekeepers Association (IBA) showed that 82% use Amm, 7% Buckfast, 2% other and 5% do not know. The native black bee is actually the preferred bee for large-scale honey producers, as it is so well adapted to our particular environment.

Many volunteer NIHBS members have been working for 30+ years to improve, conserve and preserve our local bee by, for example, bee improvement workshops, breeding programmes and queen-rearing groups. Additionally, many local beekeeping associations have created Voluntary Conservation Areas, where beekeepers agree to work only with Amm, acknowledging that imported bees have a detrimental effect here and that some areas are now being severely threatened with the introgression of non-native bees.

The importation of bees could furthermore introduce yet another devastating threat: the potential invasion of Small Hive Beetle, first found in 2014 in Italy4, from where more than 15 million bees are allegedly being imported into Ireland. We stayed Varroa-free here for many years despite its arrival into UK, that is, until it was inadvertently brought here on imported bees. Very soon it spread everywhere, and we have had to struggle with the consequences ever since. This could be our fate with SHB too. We also hear that European Foulbrood is now widespread in some parts of UK, and we fear what havoc that could wreak on our stocks, especially the newly spreading Type 3 strain. Then the Asian Hornet is another encroaching threat, a live specimen of which was recently spotted in Ireland.5

All of these invasive pests, diseases and pathogens may also weaken our bumble, solitary and wild bee populations — our biodiversity — of which 1/3 of Irish bees face extinction.6

Despite all of these threats, it is not too late to act! Beekeepers CAN stop them — if we work together. To NIHBS, IBA, FIBKA, UBKA, and INIB, it does not make sense to import non-native bees to this island. Instead, we are committed to expanding sound bee breeding programmes and propagating from existing good stocks. It is our opinion that it is unfair for any individual or bee trader to decide unilaterally to import bees, potentially exposing all of us to more pests, diseases and pathogens that could negatively impact our already beleaguered bees.

We implore you not to take the risk. We urge everyone to respect our native honey bee and not import any bees into any part of Ireland. We ask all beekeeping groups in Ireland to encourage their members to purchase native local bees from reputable beekeepers. And if you’re based in Northern Ireland or Britain, please consider adding your signature to BBKA’s petition against importations: https://petition.parliament.uk/petitions/577603

While we still can, let us appreciate what we have, nurture it and save it for the future.

The Irish Bee Beekeepers Association CLG (IBA) has approximately 1200 members from 24 affiliated local beekeeping associations. One of their objectives is to foster the skills of beekeeping in an environmentally sustainable manner.

The Federation of Irish Bee Beekeepers Associations CLG (FIBKA) has approximately 3000 members, and among its aims is ‘To promote the conservation of the native dark bee, Apis mellifera mellifera, along with the provision of education in the beekeeping craft to its members.’

The Ulster Beekeepers Association (UBKA) is an association of 14 affiliated local beekeeping associations in Ulster with approximately 1200 members.

The Institute of Northern Ireland Beekeepers (INIB) is a charitable organisation and an affiliated area association of the BBKA. It has a deep commitment to educating and informing the public about beekeeping. Each year the INIB runs a programme of events to help inform and educate people about honeybees and about the craft of beekeeping.

Some useful links
Moving qualifying goods from Northern Ireland to the rest of the UK (from gov.uk)
DEFRA article on Bee Importation
BIBBA Opposes the Importation of Honey Bees and Queens
Small hive beetle in Italy (from DGSAF)
“Stung by Brexit … beekeeper faces £100k loss” article in Belfast Telegraph