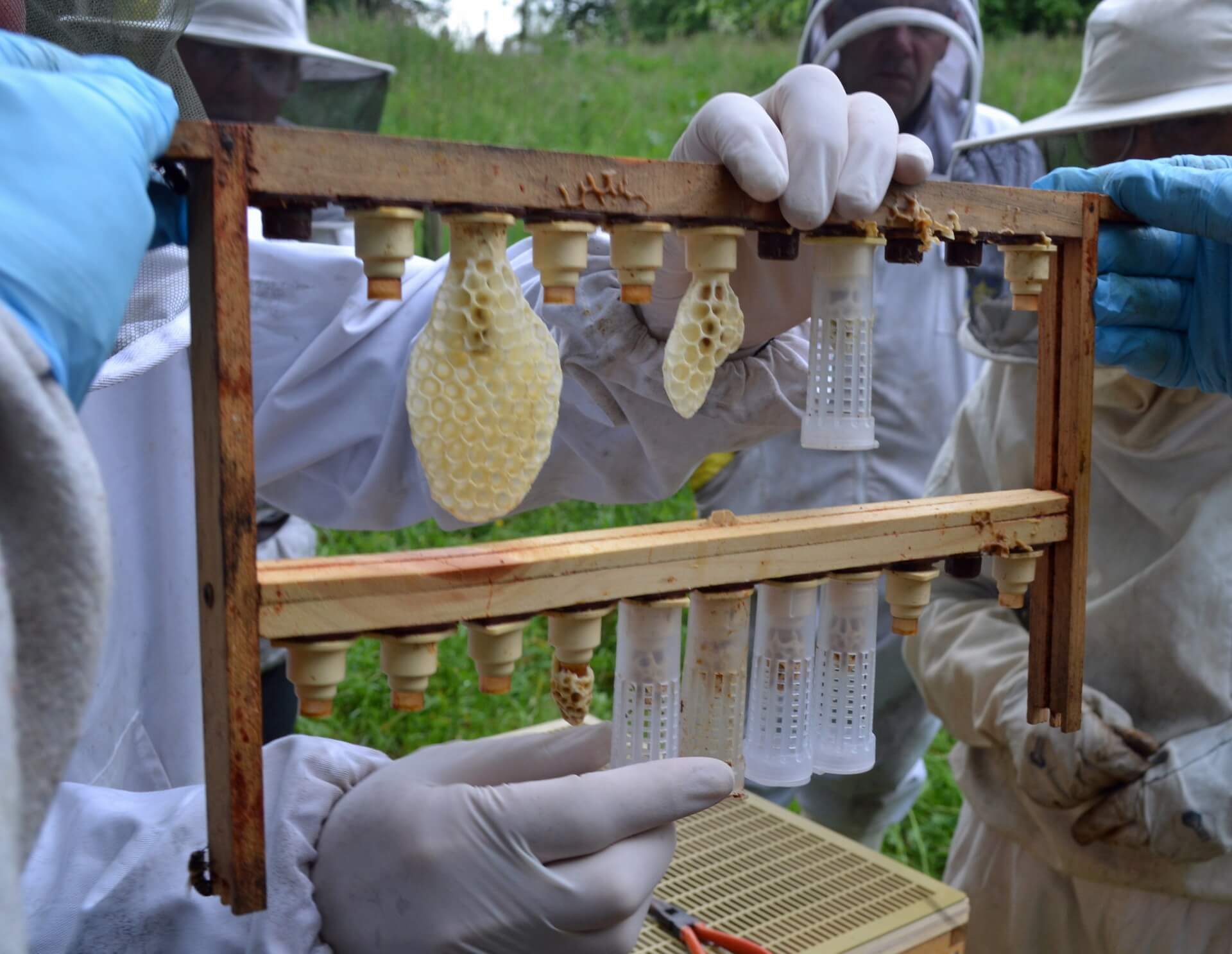 Over recent years the number of imported honey bees into Ireland has been increasing significantly.

The importation of non-native honey bees is the greatest threat to the native Irish honey bee which is being increasingly hybridised due to these imports.

Despite our discussions with and pleas to DAFM and the government, no action was taken to combat this problem.

Over the winter of 2020 NHBS conceived the QRGS which is now up and running; we are grateful to DAFM for supporting us financially in its pilot year.

It is open to NIHBS members who form groups of between 6 and 20 beekeepers. The groups are assisted with

The concept is to make Ireland self sufficient in bees for hobby and commercial beekeepers alike by breeding both mated and virgin queens for distribution. The mated queens are for production and the virgin queens are to build back up the Amm genes in areas where they are being overrun by imported bee genes to keep the native bees from potential extinction by hybridisation.

The scheme will run over 2+ years and enable groups of beekeepers with the necessary skills.

The group held its second online summer meeting to review the progress of the scheme on the 8th of July. All 13 groups are having success in their queen rearing whether by using the cup kits or grafting over the past couple of months.

What is emerging is that, as you would expect, the weather in Ireland is playing a significant part in the outcomes from the group’s efforts. Early in May when we started there was very limited success in most places however a couple of groups did have fairly good results from day one. With the better weather, results have improved significantly and now everyone has virgin queens for distribution and most groups have mated queens to go already.

The monthly discussions are proving invaluable to us all. As well as getting the regular expert advice and troubleshooting we are able to support each other by knowing what is happening around us. As a result we are now able to review our work by locations and eventually we might find a correlation between the weather and queen rearing. Also, as a potential additional outcome, we might be able to see whether the results follow the same pattern as the honey harvest, which as we already know, begins several weeks ahead in some places compared to others.

Although the whole of the island is not yet covered by the groups, it loosely appears that the areas which are having early success are those in a band roughly across the top of the republic while those running centrally and below the M7 are behind.

By reviewing this type of information we can better prepare and analyse how we go about timing the queen rearing next year to further improve results. However, had we not started early, we would not have learned from our initial efforts to enable us to go forward in confidence.

The next steps are to flood the locations with our good queens to bring up the quality of Amm in the areas where imported bees are having an influence and to promote sustainability for the groups and associations by using our mated queens to make up nucs ready for next year.

In a nutshell, perseverance is paying off despite the very poor spring weather and we are now all set to continue through August when we should have surplus queens available for our associations. As an added bonus, by continuing our regular online meetings in addition to our mentors input, we are consolidating our efforts and learning from each other which will add to the further success of the scheme.

PrevPreviousConnemara ‘Hybrid Bee’ alert
NextSaving The Native Irish Honey Bee, One Bee And One Chapter At A TimeNext